Namibia is situated along the south-western coast of the African continent. It is a land of remarkable contrasts! It has a land surface of 824,269 square km – nearly four times the size of the UK. The landscape is dominated by the oldest desert in the world – the Namib (after which the country is named), and its sea of red sand lies along the Atlantic coastline. In the eastern interior lies the Kalahari, a vast and sparsely vegetated savannah that sprawls across the border into neighbouring countries. The surrounding safari areas are dry and visually impressive, with fascinating flora and interesting geological formations to be seen. Namibia is bordered by Angola and Zambia to the north, Botswana to the east and South Africa to the south.

Namibia is a land of clear blue skies and pleasant climate. Summer months are hot with temperatures of 35˚C or higher. Winter days are pleasant although can drop to below freezing in mid-winter. 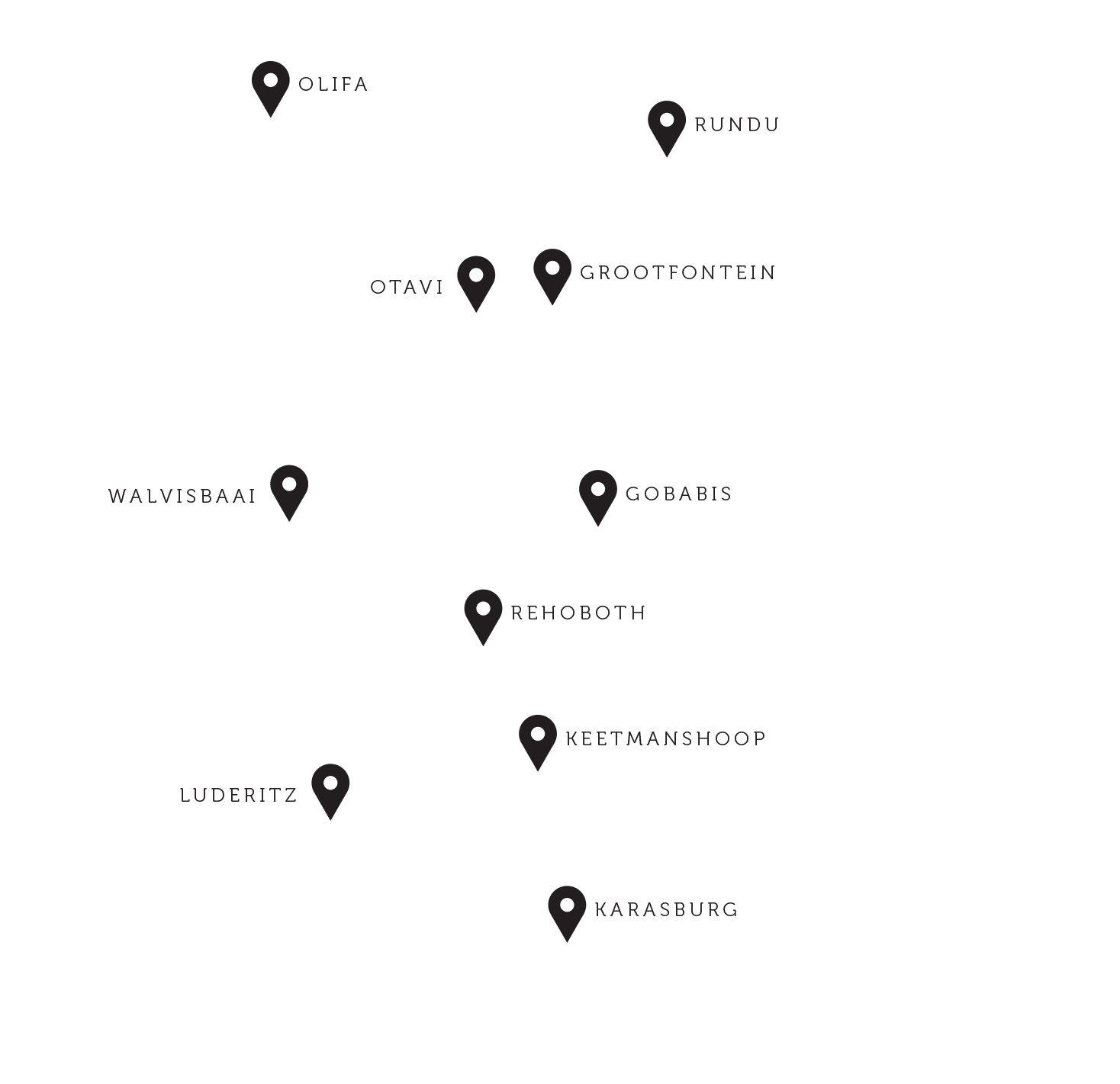 Despite its size, Namibia is one of the most sparsely populated countries in Africa. It has an estimated population of 2.2million people. The small population is largely due to the fact that Namibia is the most arid country south of the Sahara.

Namibia’s people are diverse. The Himba are probably the best known ethnic group in Namibia. The Himba men are tall in stature, resembling the Masai of East Africa, while the women cover their bodies in red ochre. However, this tribe makes up just one per cent of Namibia’s culturally diverse population.

A large proportion of the population are the Owambo, followed by a smaller proportion of Kavango, Damara, Herero, San Bushmen, Topnaar and Tswana.

Around 12.5% of the population are White Namibians or mixed race, mostly of Afrikaaner or German descent.

All the cultural influences through history have added to the unique atmosphere of Namibia, with Germany, Great Britain and South Africa all having governed the territory, but it was with the eventual independence of Namibia that the country was able to develop its multi-cultural character and reinvent itself. There is a colourful and uniquely rich African vigour that now freely blends in with European influences transcending through to architecture, food, customs and art – all merging to create a distinctive Namibian character.

The history of Namibia has proved to be of popular interest for many travellers to Africa, attracting many tourists to this expansive country to experience some of the great history Namibia has to offer with its magnificent landscapes.

Eagle Tented Lodge lies not far from the Etosha National Park. The Park’s definitive feature is the Etosha Pan, a vast, shallow depression of approximately 5000 sq km which for…
READ MORE...

Le Mirage Desert Lodge & Spa is located only 21 km from Sesriem, the entrance gate to the Namib Naukluft Park and Sossusvlei. The lodge is a harmonious blend of…
READ MORE...

Namibia has been referred to as “the land between two deserts.” This safari includes visits to both the Namib and Kalahari Deserts. In addition to viewing game in wilderness areas,…
READ MORE...

From the moment you arrive at Mowani, you will be spoiled with the services and attention of their excellent staff, who will go out of their way to make your…
READ MORE...
View More Camps & Safari's